Negligent Sale of Firearms and Ammunition in Michigan 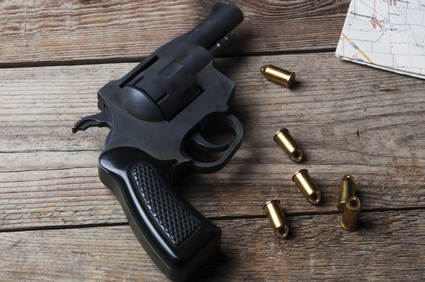 Can a store or individual be held responsible for the negligent sale or entrustment of firearms or ammunition to an incompetent person? The answer is yes.

Th NRA mantra states that ” guns don’t kill people , people kill people”. There is a lot of truth to that statement.

What this statement implies is that guns should be kept out of the hands of incompetent people. People under the influence of drugs or alcohol, people with serious psychiatric disorders, should not be entrusted with guns .

The law in this area looks to the forseeability of harm. The duty is defined by the fact that the incompetent purchaser may harm innocent people. This legal concept is called “negligent entrustment“.

Guns are sold not only in small specialty gun shops but also in large multipurpose sporting goods stores such as Gander Mountain, Walmart etc. How well are these clerks trained ?

We have tried three negligent entrustment cases against large firearms retailers . These cases went to trial in Michigan , Florida and Utah. In each case the jury panel included NRA members . In each case the jury returned unanimous seven figure verdicts against the retailer in favor of the injured victim . Juries understand that firearms should not be given to drunks, children, drug abusers or people with serious mental illness or anger management issues.

Perhaps because our country is one of the most liberal in terms of access to firearms, our citizens respect the idea that those who give weapons to incompetents need to be held accountable.

Negligent Sale of Firearms and Ammunition in Michigan

Have you have been involved in a case regarding the negligent sales of firearms and ammunition? Contact one of our Macomb County personal injury lawyers at 586-779-7810. Our law firm is located in St. Clair Shores, MI. Call us today! We work on a contingency basis which means you do not pay a fee unless we obtain compensation for you.

By Michigan Personal Injury Attorney|2021-04-29T08:55:22-05:00March 9th, 2015|Categories: Personal Injury Lawyer|Comments Off on Negligent Sale of Firearms and Ammunition in Michigan